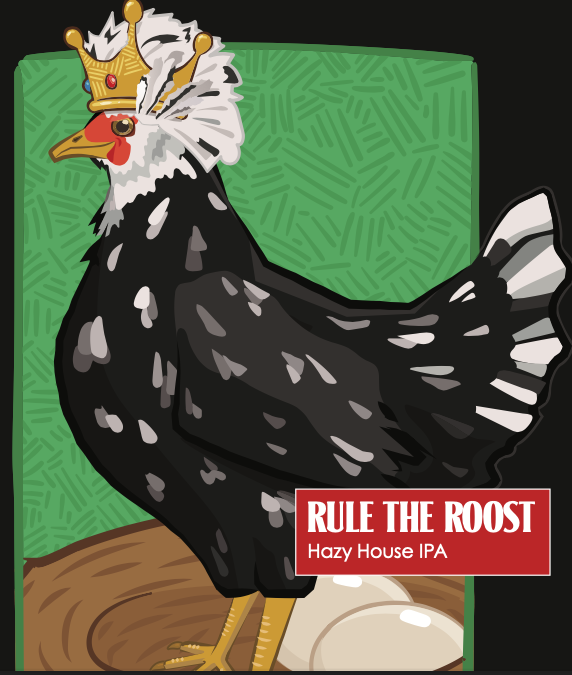 After 10 years in business, we thought it was about time we had a house IPA!  As such, we are thrilled to introduce Rule The Roost (6.9% ABV)- our hazy house IPA, featuring flavors and aromas of sweet citrus, melon, and bright lemon, with a grassy and dank finish. This is a beer that will make any IPA lover shake their tail feathers! 🙂

IPAs and IPA brewing techniques have evolved so much over the past 10+ years. What started as malt-forward IPAs and West Coast IPAs has transitioned to more hoppy, hazy, softer brews. During these years, we made dozens and dozens of different types of IPAs. While doing so, we discovered which styles of IPAs and which brewing techniques worked for us and for you! For example, two recipes that we’ve enjoyed very much AND where we’ve received very enthusiastic feedback from all of you were our 10th Anniversary IPA (Our Extended Family) as well as our version of the Keep NH Brewing IPA. What these beers had in common was that they were both hazy and full bodied with a soft mouthfeel, big citrus aromatics, and a dank / grassy bitter finish. You’ll find these same characteristics in Rule The Roost.

Oh, and if you are wondering about the beer artwork, that is Speckles, one of our spotted Houdan chickens. Since we already have artwork representing other animals here on the farm (donkeys, pigs, cats), we thought it was time for the chickens to shine! 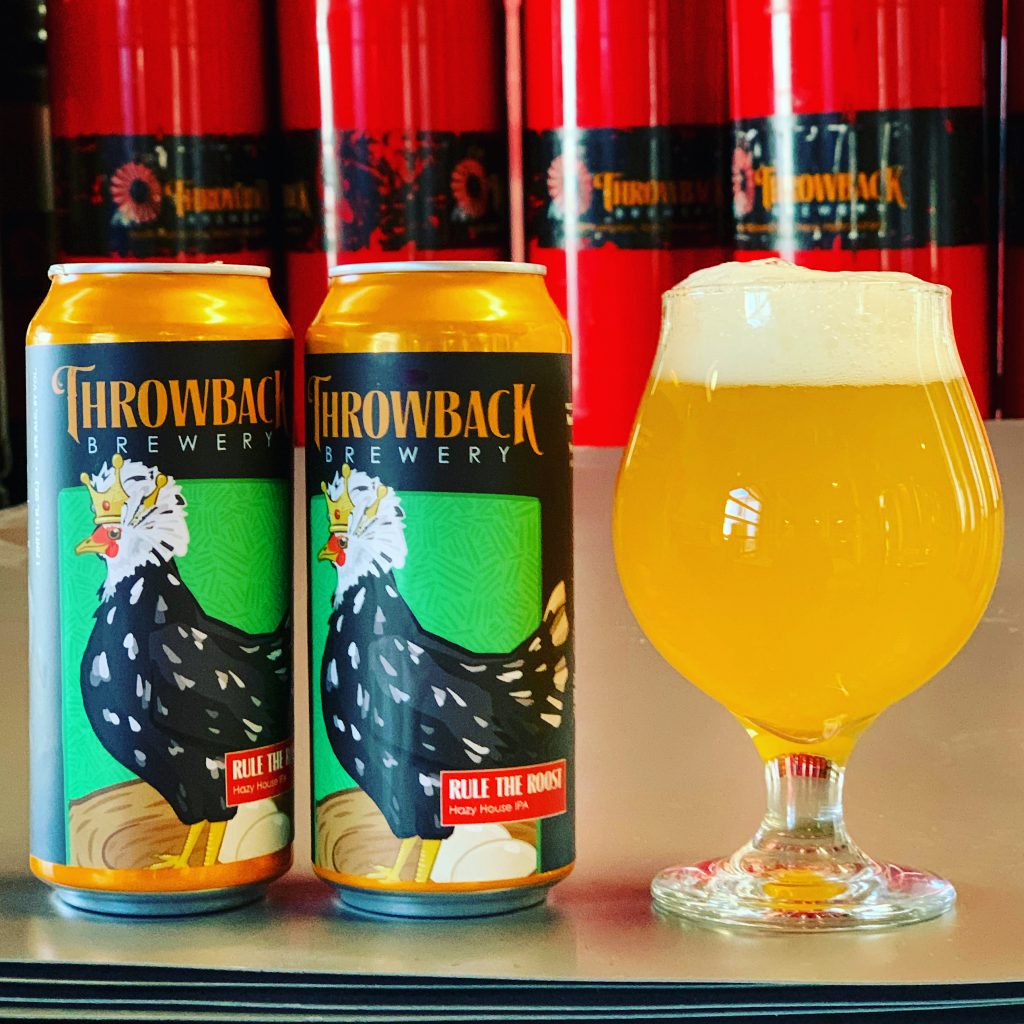 Rule The Roost is our egg-cellent new Hazy House IPA.