The sun is shining on our latest beer - Sunflowers & Hoppiness

A Brew House conversation re; Sunflowers & Hoppiness – our newest beer:
Me (Nicole): ‘Hey, Chris – did you put weed into this new beer?’
Brewer Chris (who sometimes can’t hear too well): ‘Seeds? Yes, we put the sunflowers seeds in there that were malted at Valley Malt.’
Me (Nicole): ‘No. Not seeds. Weed. Like pot, grass, Mary Jane, herb, ganga, cannabis..’
Brewer Chris: ‘Weed? Uh, no. But you are probably getting the dill notes from the Sorachi Ace hops we used in the dry hop. It’s pretty dank!’
Cellarman Myles: ‘Well the beer does kind of have a hippy name, so maybe it should have weed in it?!’

As mentioned in an earlier post, Valley Malt (in Hadley, MA) not only malts the vast majority of the base malt that we use here at the brewery, but they also farm over 75 acres as well. Given that they are big believers in crop rotation, they grow other crops besides barley and wheat – including sunflowers! The last time we were visiting Valley Malt in Hadley, MA, co-founder Andrea asked us if we wanted to try brewing with malted sunflower seeds. The answer was, of course, a big, resounding ‘Yes!’.

When the malted sunflower seeds arrived here at Throwback, they didn’t look tremendously appetizing, but, man, they were delicious. I initially grabbed a few to try, but ended up eating practically a lunch-sized portion instead! 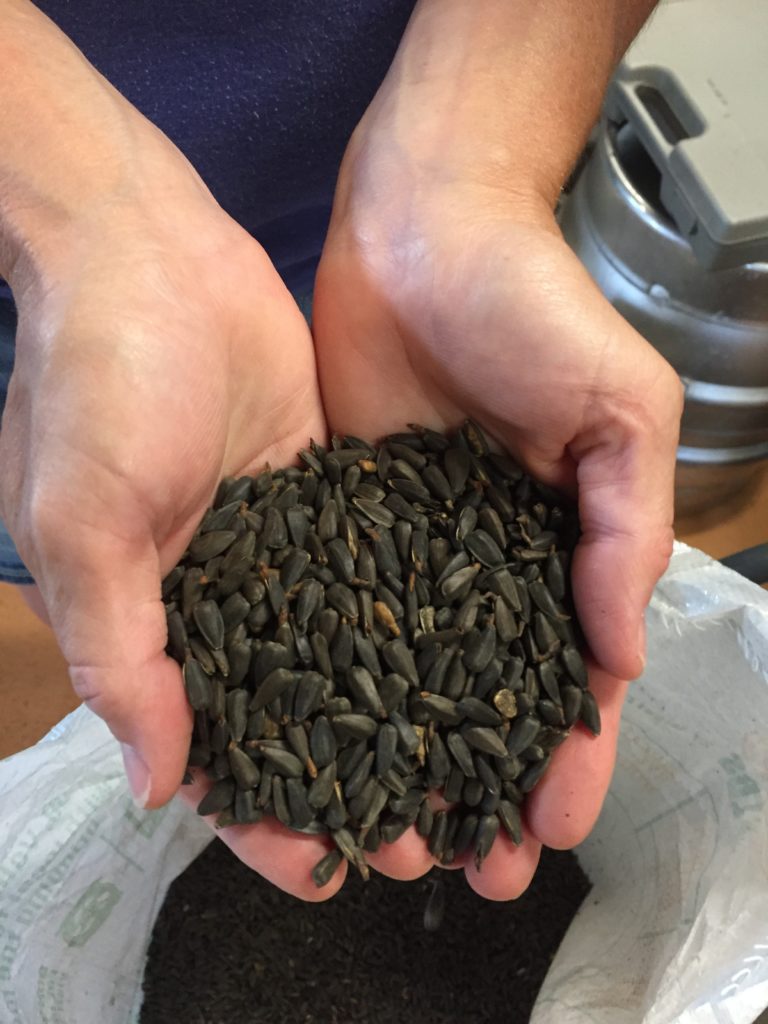 We added the sunflower seeds into the mash. They didn’t add any residual sugar to the mash, but they added lots of nuttiness! Here are our tasting notes:

– Appearance: As you can see in the photo below, this beer is a very appealing tangerine orange color with a light cream colored head. The beer is fairly clear, with just a bit of hop haze.
– Aroma: I smell a weed-like aroma in the beer, but no one else here does :). The team says citrus, mild nuttiness, some floral notes and touch of melon. (note – For aroma hops we used Centennial and Manarina Bavaria – which gives the slightest touch of melon to the aroma.)
– Taste & Mouthfeel: Kelly says “lots of flavors going on here!” and there are- this is definitely a multi-dimensional beer. As mentioned above, the primary flavors are sunflower nuttiness, plus citrus (lemon peel, grapefruit) and grassy / dill notes. The light dill notes come from Sorachi Ace hops and the citrus from the Cascade hops, which were both used in dry hopping. The beer finishes quite dry and will leave a residual nuttiness on your palate.
– Pairing: Even though this beer is low in alcohol, it is big on flavor, making it easy to pair with bolder foods. For example, Annette made a nice, spicy Bolognese sauce using our house-made Italian sausage, and this beer made an excellent pairing. In addition, I think you should pair it with anything that would be complemented by the beers nuttiness. For me, this would be a roasted beet & goat cheese salad (in fact, most salads), roasted Brussel sprouts, chicken chili, and the fried rice bowl we have on our menu.
– Serving glass: At the brewery we will be serving this beer in a 16-oz tulip glass.
– Stats – ABV is 4.2% and IBU is 38

Keep your face to the sunshine and you cannot see the shadows. It’s what the sunflowers do. – Helen Keller 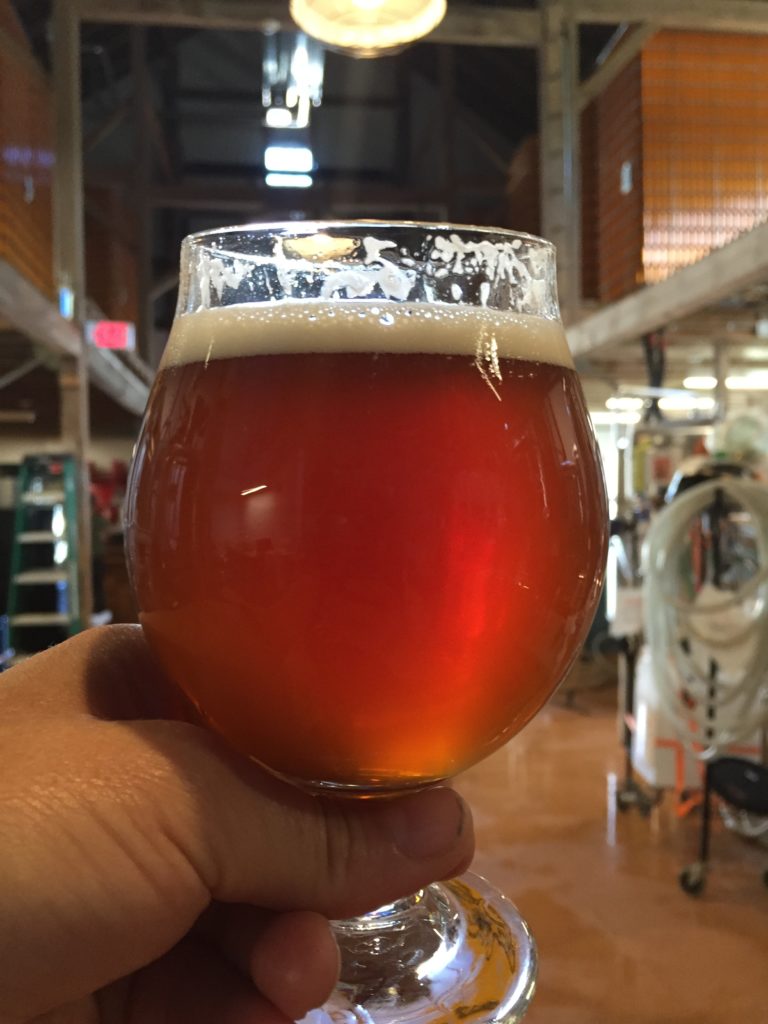