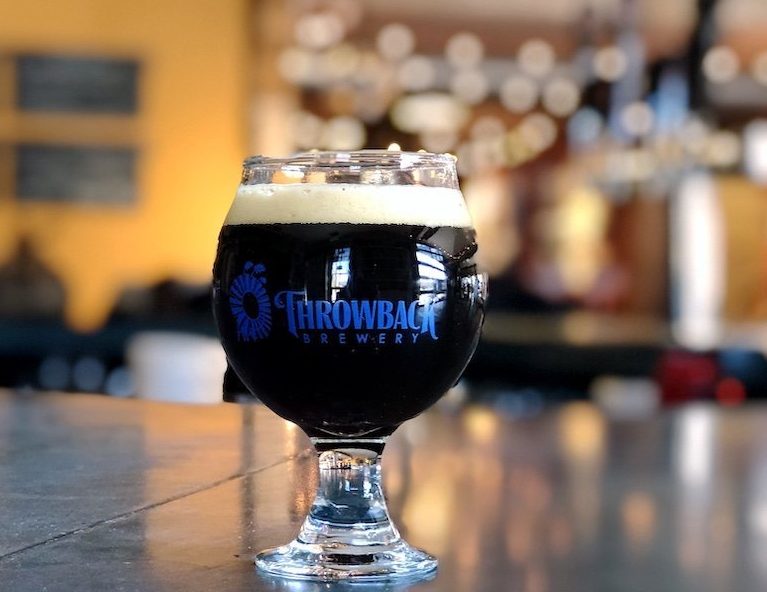 We can’t believe that we are already up to the sixth and final beer in our 2019 Rare Breed Series! We decided to end the series with a bang – releasing a big beer that is so very different from the rest – both in terms of flavor and brewing technique. Der Sandmann is a Cognac barrel-aged and cold-aged dopplebock that boasts huge flavors and aromas of fig, raisin, caramelized brown sugar, and plum – all underscored by a balanced alcohol warmth.

This beer started its life as a traditional dopplebock (dark lagered bock) that we brewed using copious amounts of Munich malt with additions of chocolate and Perla Negra malt to ensure a complex dark chocolate & dark fruit flavor profile in the beer. Once the bock wort was finished fermenting, we split the batch and treated each part a bit different:

To make this beer – Der Sandmann – we blended the cognac barrel-aged beer with the cold-aged beer and the base bock to get this beauty of a beer. A beer that we are super proud of. A beer that we hope you all enjoy as much as we do!

– Appearance: This beer pours with a light beige head and is deep brown in color, with vibrant ruby red undertones.

– Aroma:  This beer has such a rich and pleasant aroma of raisin, fig, plum, and brown sugar caramel – underscored by a slight alcohol warmth. Smelling this beer makes us daydream of being whisked away to a comfortable room, where we each could sit in an oversized leather chair, by a huge cracking fire, surrounded by great friends and great conversation.

– Taste & Mouthfeel:  Some beers taste very different than how they smell, and some beers taste exactly how you would expect given their aroma. This beer definitely falls into the latter category – with the predominant flavors being raisin, fig, caramelized brown sugar – along with a pleasant boozy warmth. We also taste some slight coffee, chocolate, and plum, with a touch of sweetness at the end that is also complemented by a light peppery finish. The mouthfeel on this beer is what you might expect for a bock with such a high ABV – it is medium in body, with a noticeable sugary viscosity.

– Pairing: This is another beer where we would relish sipping it on its own as a special treat or dessert, but it would also pair really well with seared duck, a rare or medium rare prime rib, and a rich, dark chocolate cake.

Our Rare Breed Series features unique and whimsical barrel-aged beers that are often made only once, yet are extraordinary enough to be bottled and shared with you. While we may make many barrel-aged beers over the course of the year, only the very, very best will make it into the Rare Breed bottles.