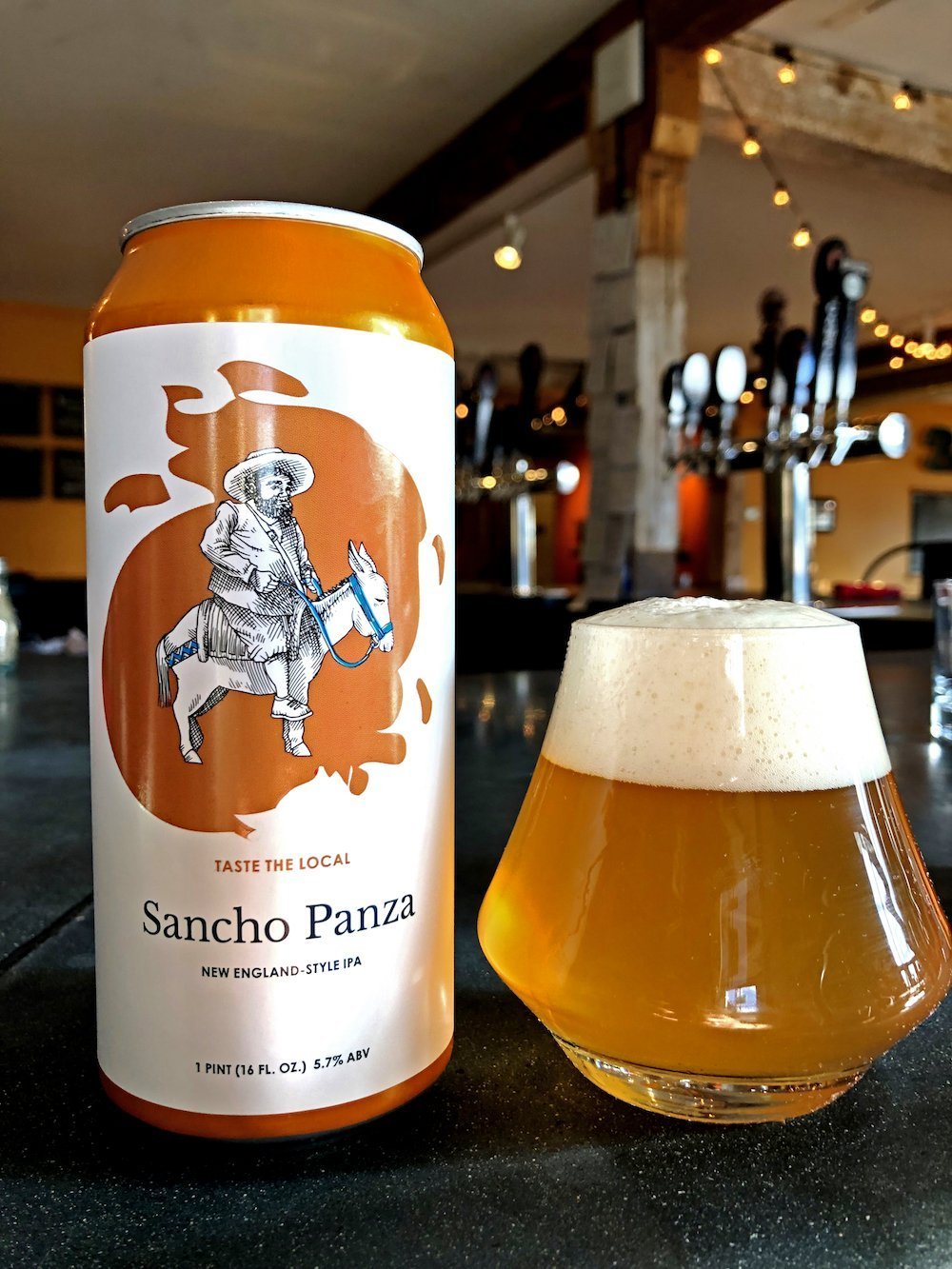 We first brewed Sancho Panza as a on-off beer for our Hoppin’ Summer Series III. It was so popular that we’ve decided to brew it on a semi-regular basis now! An intensely aromatic and flavorful New England IPA- Sancho Panza is dank, resiny, and citrusy, with the tremendous smell and flavors of a perfectly ripe bowl of fruit – pineapple, fresh melon, and peach. The mouthfeel is very soft and pillowy, yet the body is still lush & full. It finishes with a lingering array of peppery and piney hop notes.

For those of you wondering where the name and the idea for this beer comes from… since Don Quixote had Sancho Panza as a side-kick, we thought our Donkey-Hoté needed a Sancho sidekick as well – one that was crafted with as much flavor, but with a lower alcohol content. As such, Sancho Panza is brewed with the same malts as Donkey-Hoté, the same yeast, and the same generous amounts of Citra hops. But, instead of clocking in at 8.2% ABV like our best-selling Donkey-Hoté, Sancho is only 5.7% ABV! In addition, we used different aroma hops (Eureka, Amarillo, & Strata), to give Sancho much more fruity aromatics.