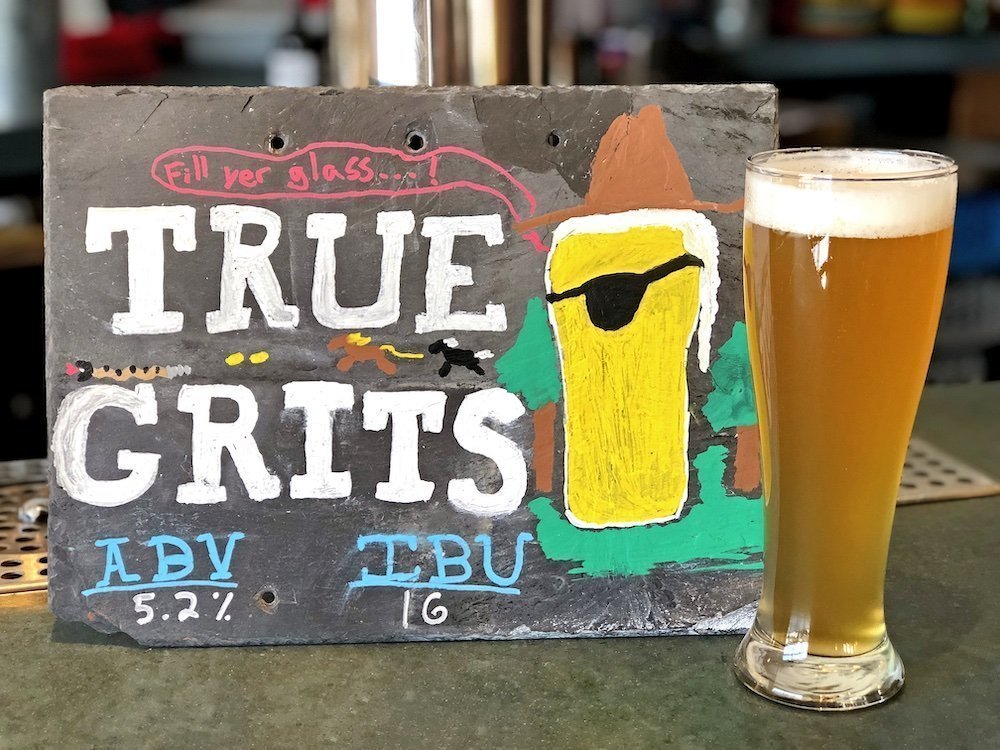 True Grits Cream Ale is a contemporary twist on a throwback American classic. This straw-colored beauty is very crisp, refreshing, and easy-drinking, as is traditional to style, but it features a fuller body and a more hazy appearance than the historically clear and delicate cream ales of the past. Faint flavors and aromas of orange blossom and malt breadiness give this well balanced beer the perfect amount of character, making it the kind of beer we want to drink while mowing the lawn, or watching sports on tv, or while playing a marathon game of cards with friends and family. The addition of grits contributes some body and haze to the beer, while also inspiring this beer’s name!

– Appearance: glowing, golden straw-like in color with a mild haze. The pure white head will leave a lovely lacing on the glass as you drink the beer.

– Taste & Mouthfeel: when you first take a sip of this beer, it seems full bodied, but it then finishes very light on the backend, with an effervescent, crisp bite that one might expect with a beer fermented at lower temperatures. This is one thirst quenching, well-balanced beer that features some faint notes of sweet orange, soft pineapple, mild pine, and grassy malt.

We’ll be releasing this beer for our Throwin’ It Back Apres Ski Party on March 2nd, which will also feature 70’s style Cheesy Fondue, hot buttered rum, and a fire pit in our beer garden!

For those of you wondering about cream ales, here is a bit of history… Traditional American lagers were mainly malt-based, following in the footsteps of their German and Czech ancestors. Americans made them their own by introducing adjuncts (corn, rice) into the mix and creating two truly new styles: Steam Beers (beers with lager yeast fermented at ale temperatures – such as our Nor’East Common) and Cream Ales (ale yeast fermented at lager temperatures – like True Grits). There is no cream or dairy of any kind in a cream ale. They are just historically easy drinking, great tasting beers!