Unafraid of the Dark 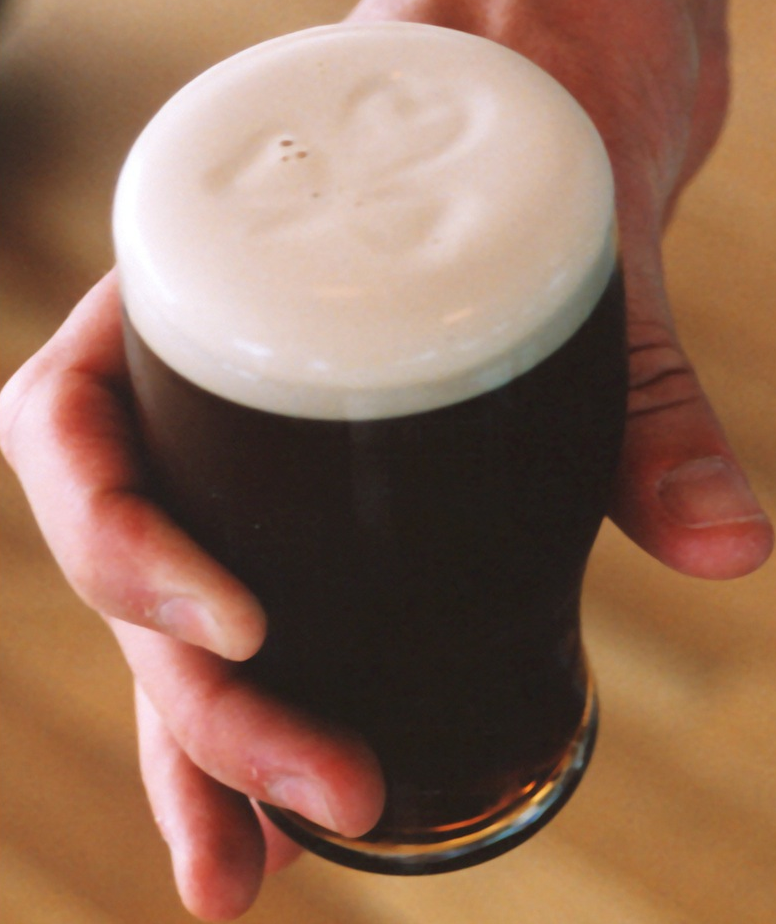 Winters in New England can be long, dark, and cold. One of our favorite ways to keep warm on these chilly nights is to sit in front of a roaring fire with a pint of full-bodied beer.

That’s why we are excited to introduce our Unafraid of the Dark – Farmers’ Stout & Porter Series!  Starting the first week in January, we will begin releasing a unique batch of dark beer every two weeks, until just about the end of March.  Each beer will feature an ingredient grown at a local farm, or, in one case, an ingredient made by a local organic business. We’ll have six in total, so hopefully that gives you something to look forward to when you’re shoveling out this winter!

Here are four of the six beers we plan to make:

We will be announcing the remaining two beers once we finish some testing.  While we can’t tell you exactly what they are now, we can tell you that all the beers will be made with the freshest of local ingredients we can find, and will have just the right balance of flavor and drinkability. And, I can also tell you, that we are experimenting with the extra tasty bacon from New Roots Farm with one of our existing porters.  We also are still tinkering with the bourbon barrel.

Hopefully now, you are thinking, “Yum.  How do I get me some of that beer?”  Well, here is what we plan to do.  Given that these batches are going to be limited in size, we’re going to try a new approach and issue Unafraid of the Dark “beer cards”. We’ll sell two sizes – full subscription and half subscription.  A full subscription is equivalent to a full growler (or two half growlers, what we lovingly refer to as “growlettes”.)  The half subscription is a half growler.  The benefit to getting a card is that you’ll have first access to the brews as they are released – just stop by the brewery during growler hours with your growler/card and we’ll fill it up for you. Not only do you guarantee yourself some delicious dark beer, but you get a nice discount by getting the card in advance!   Since you’ve given us so much love over the past few months, we wanted to give some back!

To order your card, either stop by the brewery during growler hours or give us a call at (603) 379-2317.  Have questions about the Unafraid of the Dark card?  Hopefully the following FAQs will help…

What is a growler and how big are they? A growler is a large glass bottle used to transport draft beer. Our full size growlers are 2 liters, which is about 68 ounces, or just slightly over 4 pints of beer. A half growler (growlette) is about about 2 pints (32 oz.). Since our growlers have flip top closures, unopened they will keep carbonated and tasty for at least several months. Once opened, the carbonation level will depend on how much of the beer you leave in the bottle.  If you slowly drink a growler over a week or two, you might find the fourth and final pint to be not so carbonated, but we find the beer usually doesn’t stick around that long! 🙂

Is the cost of the growler included in the price of the card? Since so many of our customers already have a Throwback Brewery growler (or two!), we decided not to include them in the price of the card. If you would like to purchase one, a growler is $13 and a half growler is $6. They are custom screened just for us with the Throwback logo and have re-sealable flip tops to keep beer fresh. We have plenty on hand, so just stop by the brewery or pick one up when you come for your first fill!

What if I don’t think I will like one of the six beers, could I swap it for another one? If for some reason you don’t like a beer, you could swap out one of the beers for another beer we have on tap (that is the same price or less), as an even exchange.

Can I get more than one growler fill of a specific beer? These are small, limited release batches, so once they’re gone, they’re gone. However, if we have enough beer to satisfy the allotted cardholders and then some, you’re welcome to purchase another growler / half growler. Growlers fills are $14 and half growlers are $7.

Can I buy the card as a gift for someone else? Yes!  We think that is a wonderful idea!

No beers in this series yet! Check back soon!