Fat Alberta is Comin' To Town! 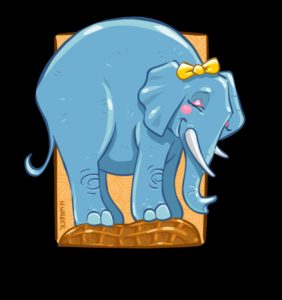 Fat Alberta Release- Sunday, December 11th at 12pm at Throwback Brewery at Hobbs Farm.
All year long we get lots of questions that sound something like this .. (said in a hopeful voice) ‘Hey – do you have any of that chocolate peanut butter Imperial Stout lying around anywhere?’  What folks are referring to is Fat Alberta – our decadent, 10% ABV Russian Imperial Stout that smells and tastes like a chocolate peanut butter cup. Like Santa, jolly old Fat Alberta comes around once a year – spreading lots of joy & happiness – but never stays around for very long!
To celebrate the arrival of Fat Alberta, we always like to throw a little party. This year, the event will kick off on Sunday, December 11th at 12pm here at Hobbs Farm, where you’ll be able to purchase bottles and pours of Fat Alberta.
But that’s not it, here’s a list of what else we’ll be up to:

So bring your family, bring your friends, bring a stranger if you want, but definitely don’t forget to bring your love of good beer, good food, good company, and good times!