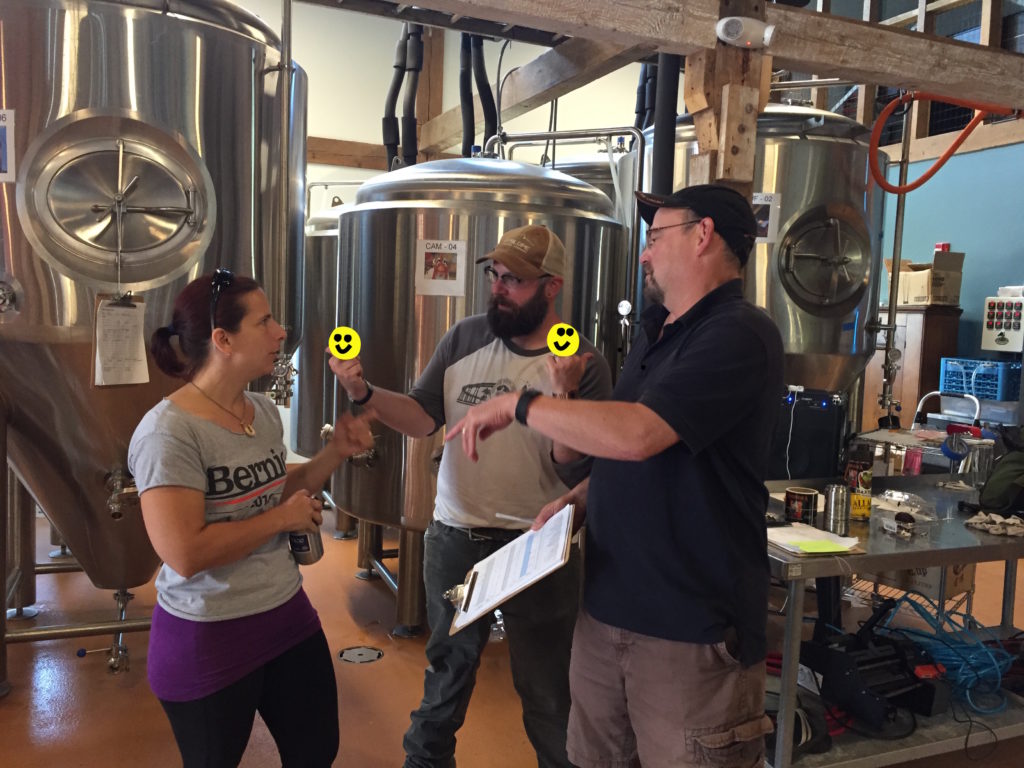 Cheryl, Chris, and Bruce ‘discussing’ how Scapegoat Porter was made

Let me tell you a little story about our latest beer – Scapegoat Coconut Porter. It all started about three weeks ago, when our team was getting ready to brew Maple-Kissed Wheat Porter. Brewer Cheryl was downstairs milling the grain, when Bruce – our traveling alesman – allegedly interrupted her by asking a few questions. Cheryl went back to milling, thinking in the back of her head ‘hmm.. where was I? Did I put all the wheat in?’.

Fast forward to the next day, and brewer Chris was brewing the beer, and, when measuring gravities, wondered to himself ‘Hmm..Did I put the flaked wheat in?’. A few days passed, and Chris asserted that he likely did put the flaked wheat in and maybe the wheat malt was not fully modified / malted. Cheryl speculated that she likely did put all the wheat in, and maybe Bruce should be forgiven, but it would be more fun if he wasn’t. I checked to see if there was a full moon, as everyone seemed to be acting a bit silly!

Given this comedy of errors, we decided to transform the roasty porter into something slightly more magical. We toasted 25 pounds of real flaked coconut and added it into the beer. The result? A velvety smooth & roasty dark porter that is reminiscent of a dark chocolate coconut bar. I think Chris said it best when he tried it for the first time… “Wow. That’s really &^[email protected]*% good!”  I couldn’t agree more… sometimes the best inventions are accidental – Play-Doh, the Slinky, the microwave, velcro, and, now, Scapegoat Coconut Porter :).

Here are our tasting notes: 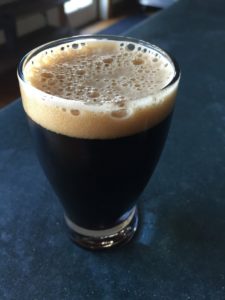 Come by for a sample of our Scapegoat Coconut Porter!

– Appearance: Beautiful, full latte-colored head. The beer is a rich black color.
– Aroma: Toasted coconut and cocoa, which becomes more prominent as the beer warms up.
– Taste & Mouthfeel: The mouthfeel is nice and velvety and the body is medium. The flavor is primarily bittersweet chocolate with light, toasty coconut undertones. The beer finishes a bit dry and will leave a lovely lingering cocoa essence on your palate. This might sound strange to say, but the coconut tastes very natural – some coconut beers can come off as almost ‘tanning lotion coconut’ (as brewer Cheryl likes to say) – but not this beer. You definitely get the coconut, but it drinks very balanced. And, yes, we do think it tastes like a mounds bar.
– Pairing: Our team had no lack of ideas for what to eat while drinking this smooth and tasty beer. On the savory side, we think it would go wonderfully with beef empanadas, fish steamed in banana leaves, fried plantains, Spicy African stew, creamy cheeses (like camembert), and much more! For sweet pairings, we recommend fried ice cream, 7 layer bars, deep fried brownie bites, chocolate dipped macaroons, and moon pies.
– Serving glass: We will be serving this beer in a 16-oz pub glass.
– Stats – ABV is 5.0% and IBU is 23 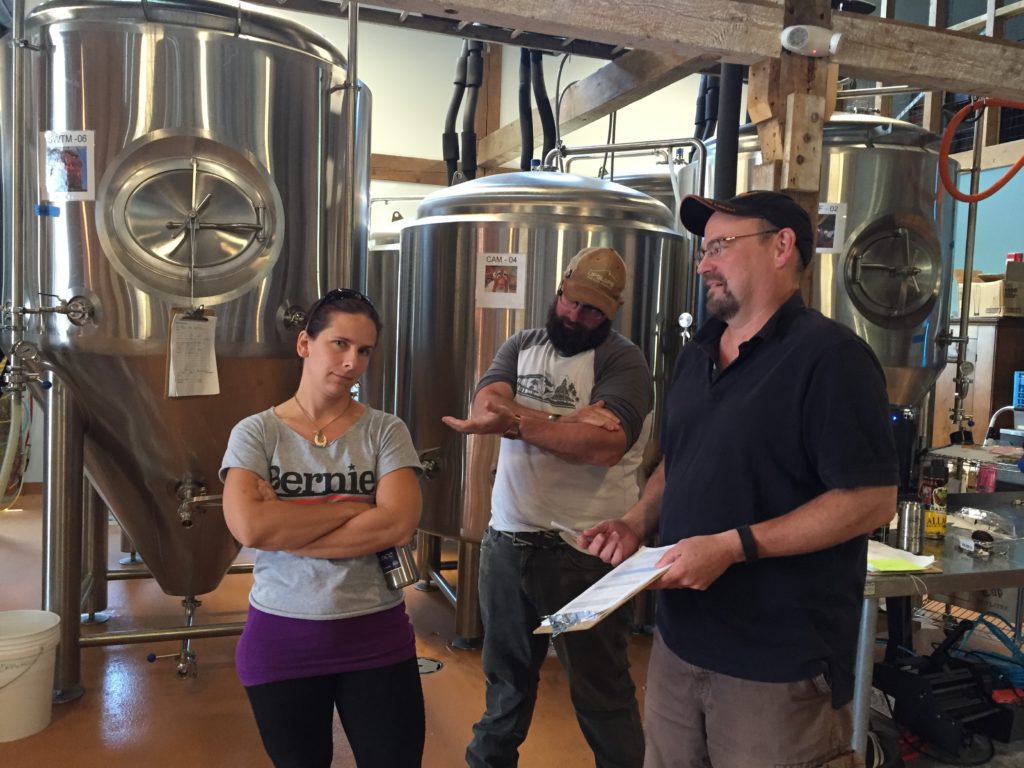 Cheryl’s not impressed with the guys, but loves the Scapegoat Coconut Porter!