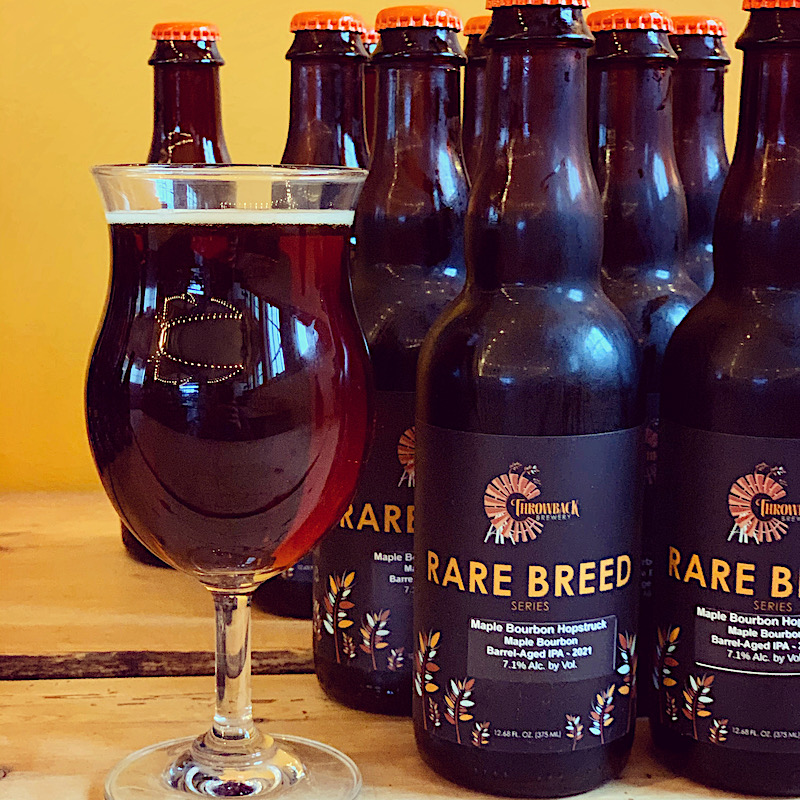 Cheers to the 2021 version of our Maple Bourbon Barrel-Aged Hopstruck!

We aged our Hopstruck Red IPA in a bourbon barrel that was also used to age and flavor maple syrup! The result is a beer that is still reminiscent of Hopstruck (for those super fans of the beer), but who’s hop edge is mellowed out with a maple sweet nose and flavors of caramel maple apple, with a lemony tea finish. The flavors imparted by the barrel definitely shine through in this beautiful crystal-clear, garnet red beer, most notably a mild bourbon backbone complemented by a pleasant oakiness.

Note – we’ve made this beer a few times now, and every time it comes out slightly different. The version bottled in April 2021 is the most recent batch, and is described above. 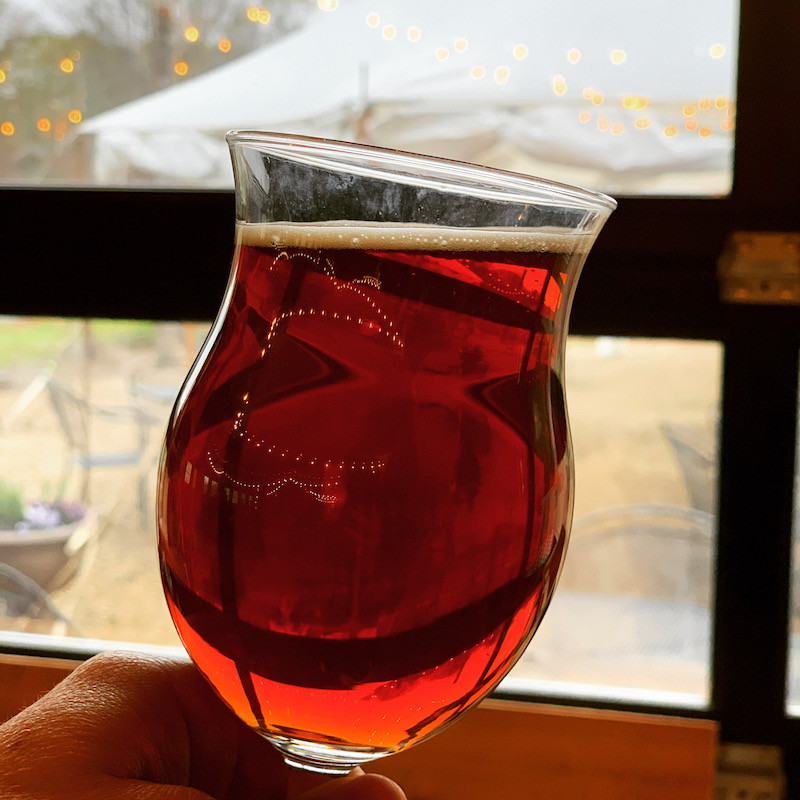 We can’t stop admiring the beautiful garnet-red color of this beer!