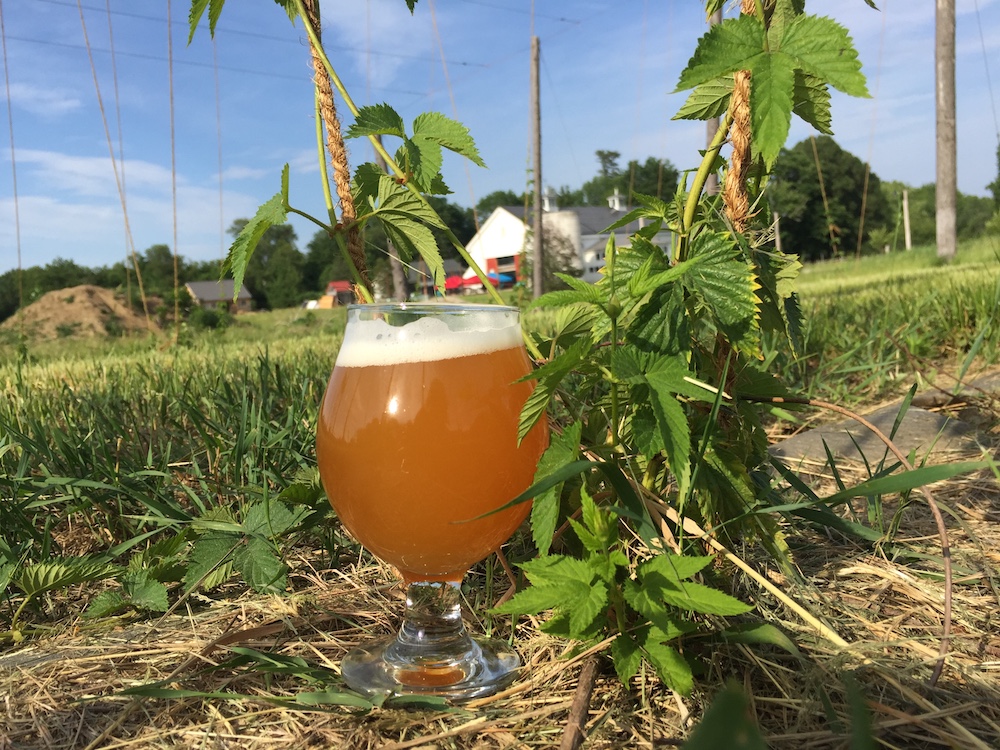 Last year we tried an experiment. Well, four hoppy experiments to be exact. We called it the Hoppin’ Summer Series — a short series of experimental, small batch beers each designed to highlight a unique or special hop. Last year was such a hit (with beers like Hoppy Oat Lucky and Beer From Here) that we are doing it again! In fact, tomorrow, we are delighted to release our most recent collaboration with 7th Settlement, and the first beer in our Hoppin’ Summer Series. It’s called Cashmere Track Suit, and it is a sun-gold colored, hazy double IPA with a big pineapple & melon nose and tremendous pineapple & citrus flavor. This beer drinks so soft and balanced with a very subtle strawberry sweetness that you would never guess it is 8.4% A.B.V.!

Before going into the details of this beer, I have to say that I haven’t seen our team this excited about a beer in a long time. Now, don’t get me wrong, we are always very excited to release new beers to you guys. And, since we pour our hearts and souls into each beer we craft, we are always very proud of the beers that we release. But, for this beer, it’s been a different kind of excitement – almost like a giddy kind of palpable joy. I think when you guys come here to try this beer, you will realize why we are so thrilled about it! Here are our notes: 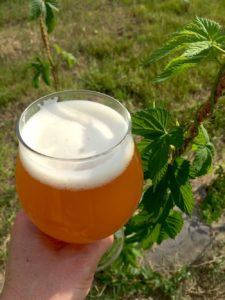 Cashmere Track Suit from Throwback Brewery – pictured with one of our hop bines!

– Appearance: Sun-gold in color with a beautifully thick off-white head. This beer has a fair amount of hop haze.
– Aroma: Pineapple, citrus, melon.
– Taste & Mouthfeel: I wish juicy wasn’t such an overused term.. otherwise I’d say that describes this beer exactly! Take a sip and you will get lots of fruit flavors – pineapple, papaya, with a very light strawberry sweetness (from the Belma hops). Even though this beer is very aggressively hopped (with Mosaic and Cashmere), it actually drinks very soft and balanced. As assistant brewer Colin put it, “The beer nicely dries your palate after being punched in the face with juice!” The body is fairly robust – I would say a medium to medium-heavy, creamy mouthfeel.
– Pairing: I’d love to drink this on a hot summer day with a nice, fresh salad. It would also pair well with big cheeses – like an aged cheddar or gouda, carrot cake, salmon, and more!
– Serving glass: At the brewery we will be serving this beer in a 12-oz tulip glass.
– Stats – ABV is 8.4% and IBU is 92.

Cashmere Track Suit is on tap starting Wednesday, June 14th until it is gone!

What other beers can you expect in the Hoppin’ Summer Series II?
Here is what we are planning:
– July – For our 6th birthday party on July 2nd, we will be releasing the second beer in this series –  a hoppy lager, also known as an India Pale Lager. It is super crisp and clear with a full hop bouquet and taste – melon, grapefruit peel, with a bit of hop dank-ness. Some of you might be very surprised to learn that this beer is a lager!
– August – a dry-hopped tart blonde that we expect to be bright & lemony.
– September – a dry-hopped sumac sour. It will be hard to wait until September for this one!
As with last year, given that these months are the warmest of the year, each beer will be designed to be super drinkable and refreshing – something you would want to drink while soaking up the hot Summer sunshine. 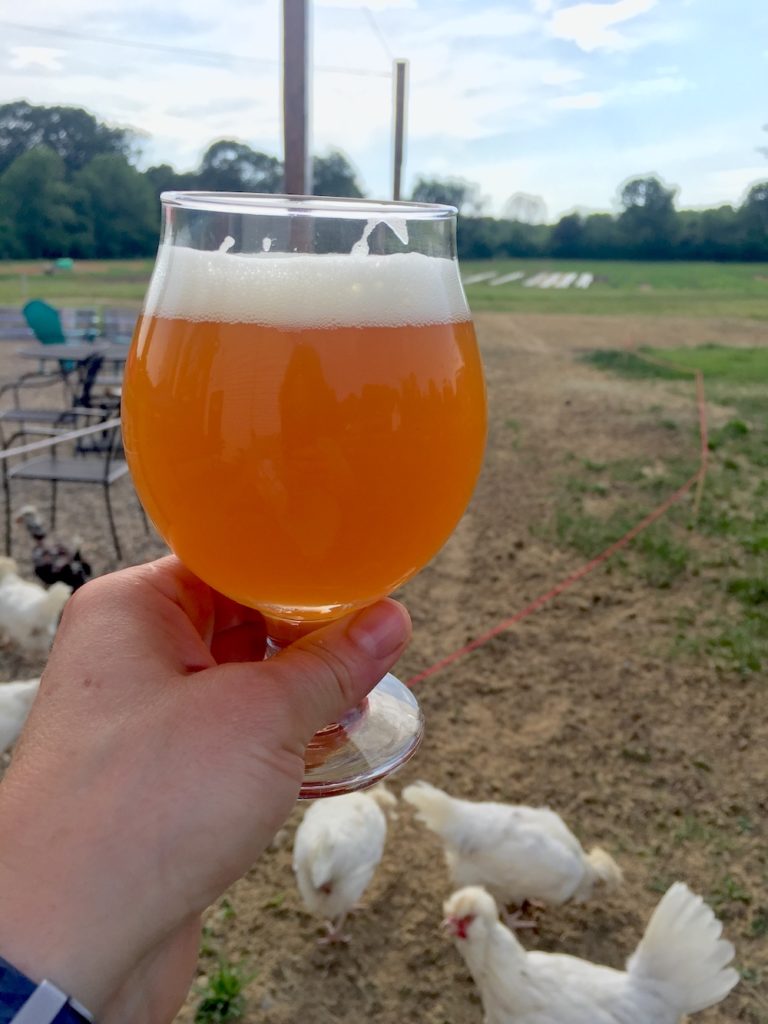 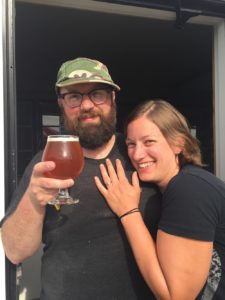 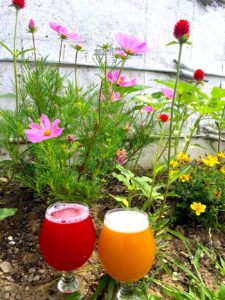