Unafraid of the Dark V

There are many things we love in this world. Near the top of that list is dark beer. Really, we love any type of dark beer – robust porters, black ipas, milk stouts, imperial porters and more! So it is with 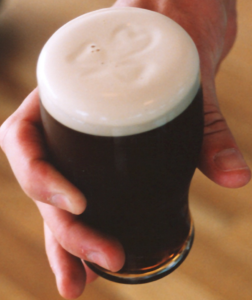 great pleasure that we announce this year’s Unafraid of the Dark series – our limited edition beer series that features six new and tasty beers that we get as excited to make as you guys are to drink! For those of you not familiar with this program, here is a bit more about how it works…

Starting in early January, we will begin releasing a unique batch of dark beer every two weeks, until just about the end of March. Each beer features an ingredient that is either grown at a local NH farm, lovingly raised in a local NH garden, or made (or recycled!) by a local business. We’ll have six in total, which we hope is enough to get you (and us) through the coldest months of the year. And, by the way, this will be the fifth time we have been doing Unafraid of the Dark! Some of our beers that you may know and love – like our Chipotle Porter, Chai Porter, Coffee Milk Stout, Fennel Flower Stout – all started as one-off Unafraid of the Dark beers!

We will be selling Unafraid of the Dark V ‘punch’ cards starting this Saturday, November 28th through the end of the year (or until we sell out). We think we have a pretty killer lineup of beers this year. As usual, we will pre-announce four out of the six.

They are:
— Black Forest cake – a lagered stout with cherries, chocolate and oaky rum notes
— Imperial Porter with fruity notes coming from local plums
— A robust porter with smoked local apples
— A carrot cake milk stout with local carrots
(if you couldn’t tell, yes, we might have taken some inspiration from cakes for a few of the above beers :).
We’ve also got two other beers in the works – details to be released soon – but one is hoppy and the other will be lighter bodied and briney!

Before we release each beer, we will email you full details on where the ingredients came from, how we brewed the beer, and other key stats (ABV, IBU, etc.).  What we can tell you now is that all the beers will be made with the freshest of local ingredients we can find, and will have just the right balance of flavor and drinkability.

For those of you thinking, “YUMMY! Sign me up!”, here is what you need to know. Starting the Saturday, November 28th during regular hours (11am-9pm), we will start selling Unafraid of the Dark V “beer cards”. We’ll sell two sizes – full subscription and half subscription. A full subscription is equivalent to a full growler (or two growlettes). The half subscription is one growlette. The benefit to getting a card is that you get a guaranteed fill of each of the six beers during the two weeks that the beer will be on tap. Just stop by the brewery with your growler(s) during our open hours and we’ll fill it up for you. Not only do you guarantee yourself some delicious dark beer, but you get a nice discount by getting the card in advance! (Note- some of the beers this year are very small batches, so we might not have enough for anyone except Unafraid of the Dark card holders.)

To order your card, stop by the brewery during our open hours . If you want us to take your credit card details over the phone and mail you the card, we can do that, but we will add 2 dollars to the price of the card to cover some of the extra fees we have to pay for manually entering in a card. If that works for you, give us a call at (603) 379-2317. Have questions about the Unafraid of the Dark V card? Hopefully the following FAQs will help…

What is a growler and how big are they? A growler is a large, reusable bottle used to transport draft beer. Our full size growlers are 2 liters, which is about 68 ounces, or just slightly over 4 pints of beer. A half growler (growlette) is about about 2 pints (32 oz.). Since our growlers have flip top closures, unopened they will keep carbonated and tasty for at about a month. Once opened, the carbonation level will depend on how much of the beer you leave in the bottle. If you slowly drink a growler over a week or two, you might find the fourth and final pint to be not so carbonated, but we find the beer usually doesn’t stick around that long!

What if I don’t think I will like one of the six beers, could I swap it for another one? If for some reason you don’t like a beer, you can swap out one of the beers for another beer we have on tap (that is the same price or less) as an even exchange. If you would like to swap for a more expensive beer, then you will just have to pay the difference. For example, if the carrot cake beer costs 8 dollars to fill a growlette, and you for some reason don’t want that beer, but you do want Donkey-Hote, you can fill up on Donkey-Hote (which is priced at 9/growlette) – you would just owe us 1 dollar.

I already know I am not going to be around / I will be out of the area for one of the beers, will you put it aside for me? If you know that you can’t pick up on of the beers during the 2 week period, please call us to let us know, and we will put it aside for you.  When you come in, give us your empty growler / growlette, and we will give you the full one.  If you don’t have an empty growler,  we will charge you for the glass, too.  Think of this as a deposit— if you know you don’t want to own an extra growler / growlette glass, let us know and we will give you your money back once you give us the cleaned glass back.

Can I get more than one growler fill of a specific Unafraid of the Dark beer?  You are welcome to purchase additional fills if you really like one of the beers.  That being said, these are small, limited release batches, which tend to run out pretty fast.  So you can purchase additional fills until we run out and / or need to save the remaining for the cardholders that haven’t filled up yet.

Do I really need to bring my card in each time I get a fill? No.  Most folks let us keep their card in a little box right here at the brewery. A few folks preferred to hang on to their own card. If you do prefer to hang on to it, you will need to bring it with you, as it helps both of us keep track of what beers you have filled, and what beers remain.

Can I buy the card as a gift for someone else? Yes! We think that is a wonderful idea!  If you want to buy more than one for yourself, we won’t judge. 🙂

It is April 2016, and I have x punches on the card I didn’t use, can I come in and fill up on other beers? In order for this program to be manageable for us, the cards are only valid through the end of March 2016.  As noted above, if you can’t make it in, or you can’t send one of your friends / family in to get your beers filled during the allotted time period, then please give us a call and we will put the beer aside for you.

When do I get the first Unafraid Beer? We will email everyone that signed up sometime after Christmas but before New Year’s to let you know all the details about the first beer, and when you can pick it up. If you don’t hear from us, then give us a call – we might have your email wrong, or the email ended up in your spam! 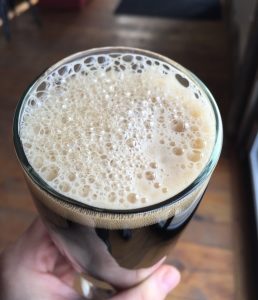 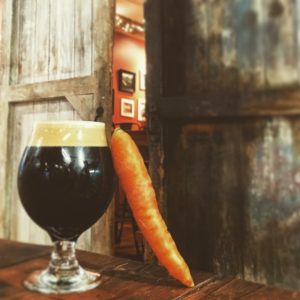 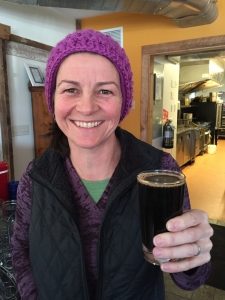 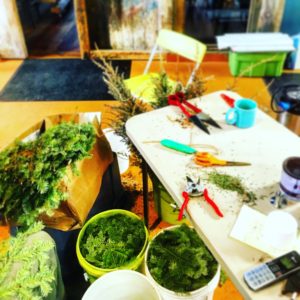 Sledding Through The Forest - A Cascadian Dark Ale with Juniper & Balsam